THE HIDDEN VALUE OF MORTGAGE BROKERS 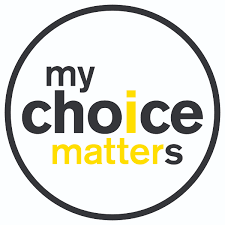 In light of the recent final report of the Financial Services Royal Commission, there’s been a lot of really positive and supportive commentary about mortgage brokers and the value that they bring to Australian home owners.

Much of the commentary has focused on the obvious benefits that brokers provide, namely choice, convenience and critically, fostering and driving healthy competition between lenders.

However, I think there’s a subtle point that sometimes gets missed, and it’s my view that in a way, it’s the most important problem that brokers solve for their customers. It can be described in one word:

Whilst the general view is that brokers deal in rate, flexibility and convenience – I argue that the most valuable aspect of a broker’s role is in solving and managing the ever-increasing complexity in Australia’s home lending market.

As most brokers would know – credit policy, documentation requirements and credit appetite of lenders is varying with increasing frequency and amplitude. That is, the changes are more frequent, and there are bigger swings in all these criteria. Much of this change has flowed from increased regulatory scrutiny and in response to the Royal Commission itself.

All of this adds up to more work for brokers and bank lenders alike, and as a result, credit has become more difficult to obtain.

There is a very clear illustration of this point in the recently published data of broker market share for the July quarter 2018.

Put another way – it shows an even more staggering fall in bank direct lending market share of 11.2%.

Think about that – 11.2% of direct bank customers deserted their branch and turned to a broker to solve that complexity for them. In one quarter.

It’s little wonder that the likes of the CBA appear so intent on the destruction of mortgage brokers – they represent an existential threat to the legacy branch network of the large banks.

Having noted the huge fall in bank direct share, it of course begs the question of why? I think the answer lies in that one word – complexity.

As lender policy has become more complex, bank direct lenders have simply been unable to meet their existing customer’s needs. Direct customers who are now being told that they no longer qualify and are faced with a choice – do they walk down the street to the next bank, and risk getting the same answer (“computer says no…”) – or do they turn to a professional who specialises in solving the very complexity that most borrowers (and branch lenders) are not able to solve on their own?

The answer is obvious.

Following the release of the Royal Commission’ final report, there is now a stark choice before both Government and Opposition – do they support the channel that provides choice, convenience, competition and efficiently solves the problem of ever growing complexity – or do they follow the Royal Commission’s poorly argued and perverse recommendations, and hand power back to the big banks?

Again, I think the answer should be obvious.